Home Lifestyle What Are The Different Types of Shower Head 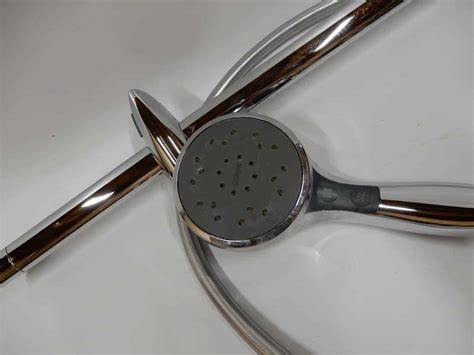 The Double Shower head is not one of the most common options, but it is probably the best when you are sharing the bathroom. It has two heads in one Shower. One of the shower heads has a stationary design, while the other one is hand held. Some people generally prefer to bathe with a stationary Shower head. Others believe that they should hold their Shower heads close to some spots that are blind spots. That is why it is best for a bathroom that combines.

If you are a lover of nature, you will agree that waterfalls are one of the cutest nature sights. A waterfall Shower is, in essence, trying to recreate the waterfall effect. Instead of water coming out of the regular small holes like other showers, the water will slip off a ledge. It takes a lot of water, but it makes you feel like you’re in a waterfall. It is best for people who love lots of water while bathing.

The filtered Shower head is one you should consider when you do not exactly trust the water you are bathing with. The quality of water that you pour on your body, especially from a shower, is very important. Whether you like it or not, some water pouring from the shower gets into your mouth and can cause illnesses if it is not clean. That is why the filtered Shower comes with a filter to hold out deposits and other debris from getting into your body. It has one downside: whenever the filter gets filled，it needs to be cleared.

Sometimes, you need a massage after a hard day’s work or a workout routine. This is where the high pressure Shower head comes into play. It has an increased pressure of water, so with the higher force, the water hitting your body is not just pouring but massaging you. This type of shower usually requires a lot of water to use it the proper way.

The outdoor Shower may look like a regular shower when you first see it from a distance. Yes, you may be correct about the look, but the materials of the outdoor Shower head are usually stronger than every other shower. This enables it to stay in different conditions.

You have countless options when it comes to choosing shower heads. We are not even done with half of the list. Shower heads have numerous types due to different companies trying to meet their consumers at the point of their needs. Customers usually come with different problems for a manufacturer to solve. It is the manufacturer that will try to create a shower head to satisfy each category or persona of their respective consumers. We have discussed some standard options of Shower heads. If you have been considering installing or changing yours, you can pick one of the shower heads.

What Is An E-Bike? Everything You Need to Know

How should you properly style a lace front wig

Are timers good for the classroom?

How to Increase The Lifespan of A Car Placeholder

What Is An E-Bike? Everything You Need to Know

How To Choose The Right Baby Pillow For Your Nursery

The Process Of Making Drying Racks

All About Benefits of the Huawei Site

ABOUT US
We brings to you the latest and most popular news related to every kind of lifestyle. Our platform contains news related to Lifestyle.
© Copyright 2021. All rights reserved.